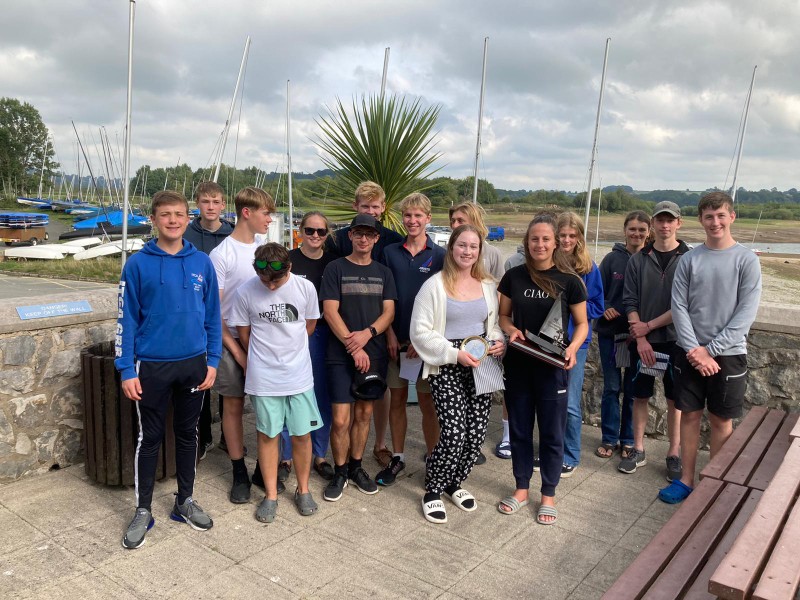 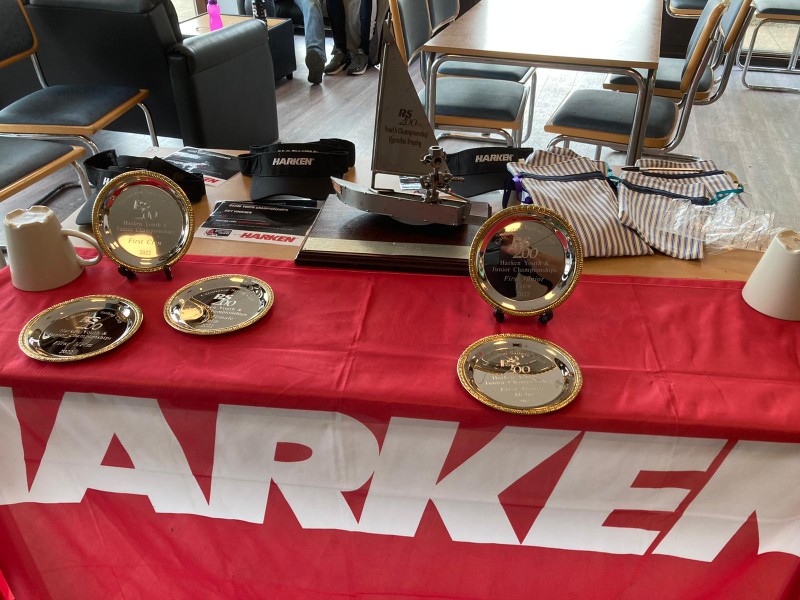 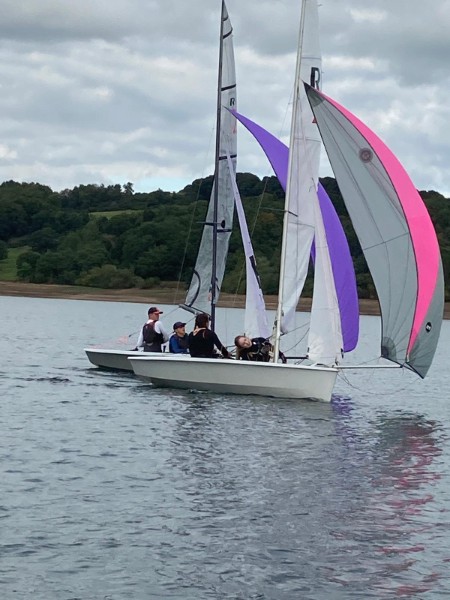 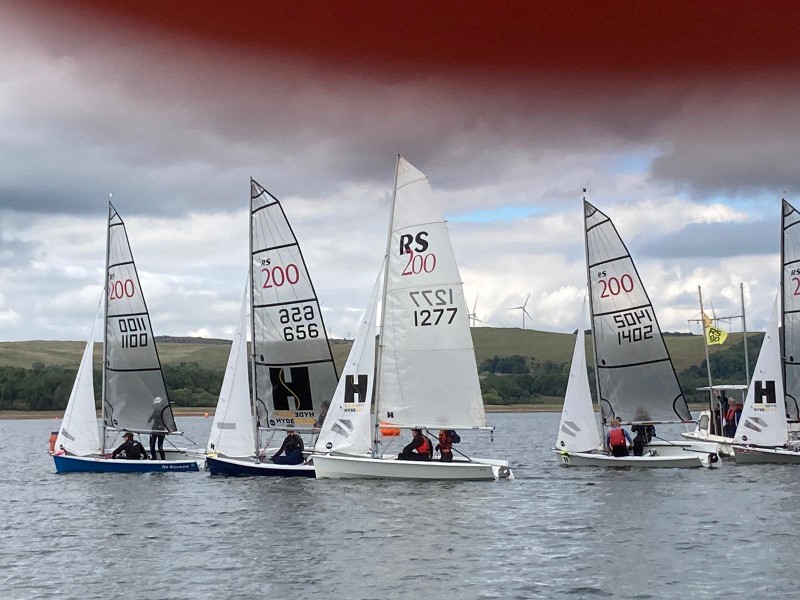 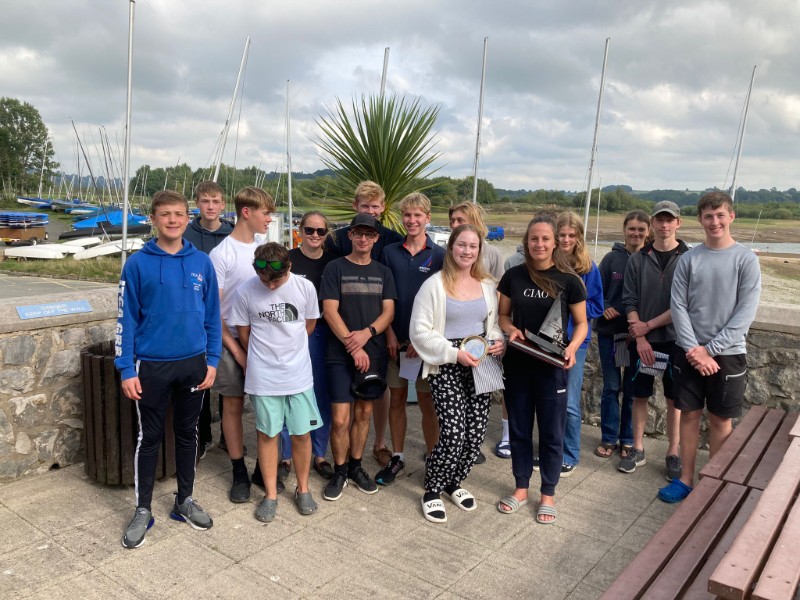 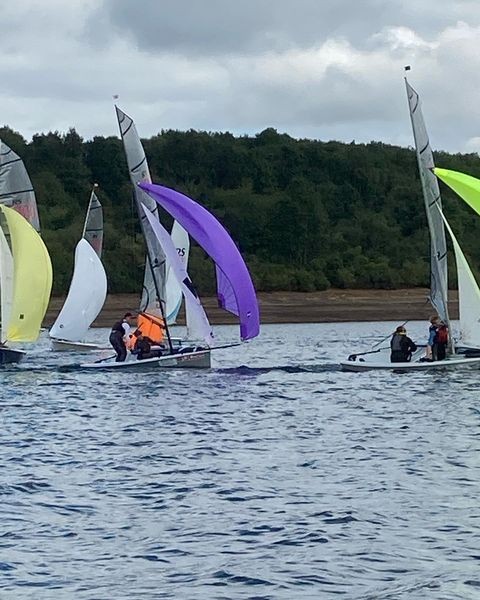 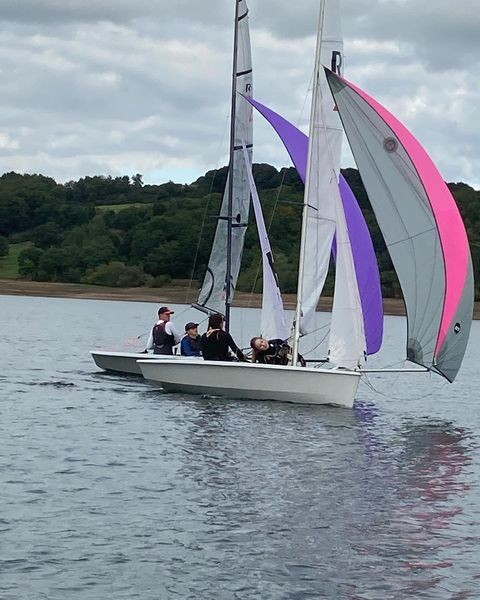 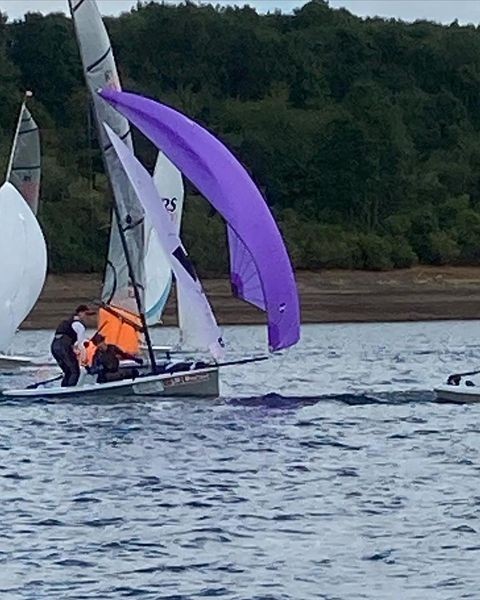 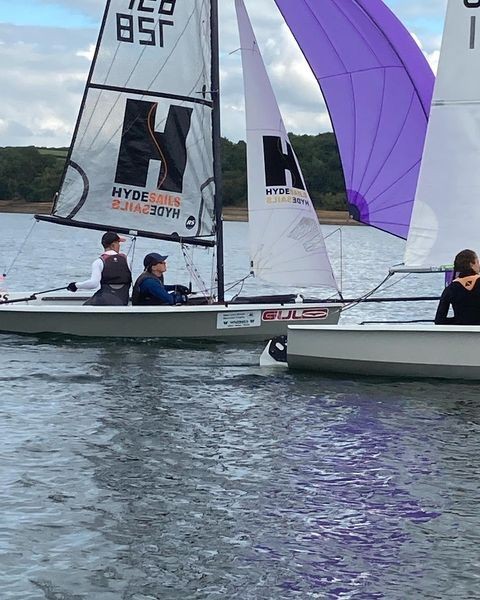 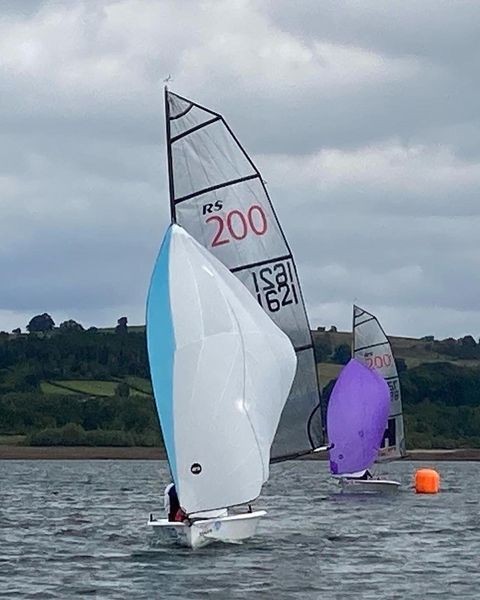 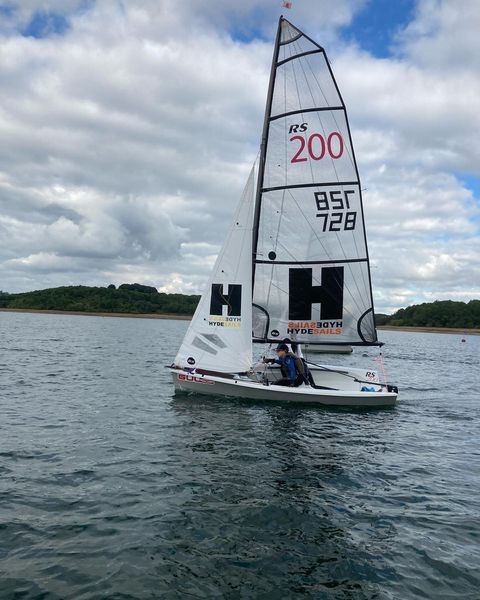 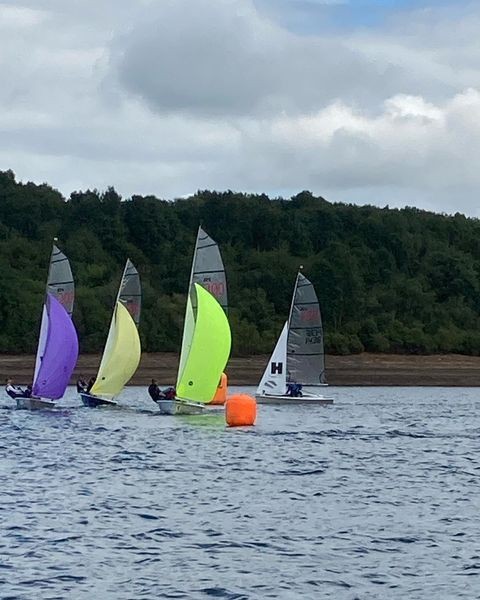 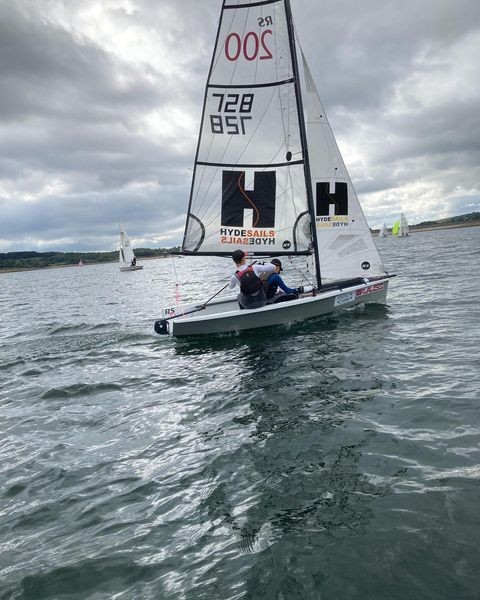 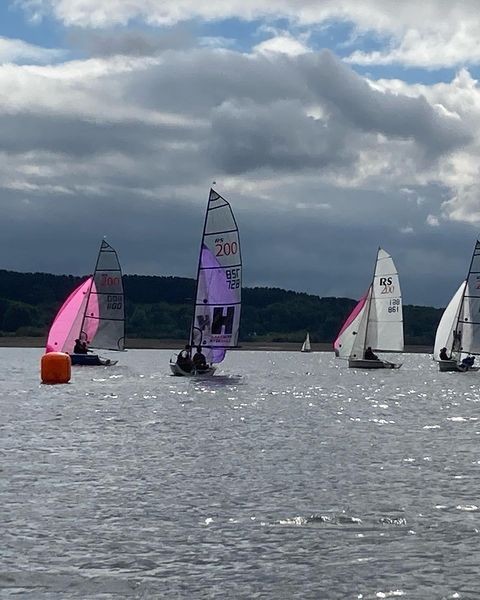 Congratulations to Eve Kennedy and Laura Glen our 2022 RS200 Youth Champions and to Brigitte Nee and Will Shepherd our Junior Champions!

RS200 Youth Champs 2022, well that’s a wrap. Over the weekend of the 10/11 September 8 Crews nearly equally split between the North and the South met at Carsington Sailing Club in Derbyshire to race for this years RS200 Youth and Junior Champion titles.

Day One’s racing began at 13:30 in a light and shifty breeze coming straight down the water, Eve Kennedy and Lorna Glen fought well to take lead of this race and eventually take the win.
Race Two held a completely different story, the wind had initially increased slightly for the start of the race, however, upon completing 2 laps of the race the wind dropped significantly, to the point where most boats were struggling to fly their kites. 728, Adam Catlow & Lewis Bacon made the most of this and put their light wind lake sailing skills to the test to eventually take the lead on the final downwind, but 1100, Bee & Will were closing in fast and only centimetres behind when crossing the finish line. With 728, 1100 and 1436 taking first, second and third respectively.

Race Three told a similar story, and getting in sync with the shifts was key to a successful race. It also gave crews time to practice their soaking skills downwind.
Eve & Glen made a break and took quite a lead to eventually win the race, leaving 1100 and 728 fighting for second.
Race Four, the final race of day one saw similar racing to the previous races, although a right shift up the final beat meant many of the boats who’d been taking advantage of the favoured left side were shocked to see boats tacking in on the starboard layline sailing on a huge lift which held all the way up to the mark. Many of the racers also probably got distracted just as I did watching the pairs of Hallam & Hill + Nee & Shepherd match racing up the final beat and downwind all the way to the dogleg to the finish. Leaving 1621 first, 1100 Second and 1402 third, with the rest of the fleet following close behind.

Day 2 started with an AP due to the fact the fog was so thick we couldn’t even see the water from the foreshore. When racing finally got underway, the wind was light and the shifts were even bigger and more frequent than the day before. The different wind direction also gave us a much shorter course meaning any wrong decisions and you could go from the front of the fleet straight to the back.

Race 5 saw the Hallam and Hill combination find the only good shift up to the first mark rounding “miles” ahead of the rest of the fleet. A gap that couldn’t be closed throughout the whole race.
Race 6 was a tricky one too, with a seemingly good shift up the first beat only to change halfway up the course meant that boats who’d tried to take advantage of this were pushed to the back. Some managed to recover from this, some didn’t, including myself only to find we’d picked up lot’s of weed just off the start line.

The final race saw the longest start line of the whole weekend. 861 Eve Kennedy & Lorna Glen rounded in first, Henry & Ashley rounding in second and Adam & Lewis third.
Just as we’d done all weekend, soaking as low as possible was the most important factor of the downwinds and this is what would determine this race. 728 managed to get past 1621 down the first downwind and eventually past 861 on the second through immense amount of concentration downwind to take the win of the final race.

Finally, I would like to thank Carsington Sailing Club for hosting and running the event, Harken for the great sponsorship prizes, and for all the competitors for some great racing!

Hope to see you all next year!